A falcon may be hunting or nestling close to wherever you live or are visiting. You will be able to see these falcons in their native habitat if you have sharp eyes and the right info about them.

There are many opportunities to witness these magnificent birds in California, which is home to four gorgeous and active falcons.

The Peregrin Falcon and the Merlin are two birds to keep an eye out for if you reside or are vacationing along the shore since, when not migrating, they like coastal environments.

You should search for the Prairie Falcon or American Kestrel if you live in or are visiting the southeast region of the state. They adore hunting in broad spaces.

Different Species of Falcons in California In California, American Kestrels are fairly widespread, and they are one of the smallest birds of prey found in North America. Usually, an American Kestrel is smaller than a Robin. They hunt birds larger than themselves despite their size.

The feathers of these birds are rusty. Early morning or late at night are the ideal times to see American Kestrels. Wooded regions or areas with cracks where they may hide and establish nests are the ideal places to see them.

Additionally, they favor rocky terrain or low-growing plants. They seem bright in color when seen from below. With the exception of areas with high altitudes, this falcon may be found all across California.

Other smaller prey, such as worms and insects, will be consumed by the American Kestrel. These falcons prefer not to chase or attack prey when it is in flight, in contrast to other falcons. They are more cunning and attack their victim from above.

These little falcons, especially the males with their blue wings and brown patches, have small heads and beaks in addition to some lovely patterns.

When driving, especially when out in the country or rural regions, keep an eye out for them in the summer when they are most active on telephone lines and fence posts. Since other California Falcons pursue the American Kestrel, it needs surrounding nooks and shaded locations for breeding and defense.

They are more likely to be blown around in strong winds because of their small size.

Kestrels are ferocious predators that may kill larger birds, like Northern Flickers, that are as big as they are. They consume small animals and other birds in addition to insects and other invertebrates, which they prey on predominantly.

All year long, they may be found all throughout California; however, some kestrels from further south may move north to nest.

The Peregrine Falcon is a stunning bird that is well-liked by enthusiastic birders around the nation. They are the fastest falcons and possibly the world’s quickest bird, having a speed of 24 to 33 miles per hour, and they can reach speeds of up to 200 miles per hour when it dives to hunt their prey.

This falcon looks blue-gray and has long pointed wings. California is home to many peregrine falcons, who like to reside close to the ocean.

In the 1970s, the Peregrine Falcon was on the verge of extinction, but because of active preservation measures, it is now making a recovery.

So much so that it is still protected even though it is no longer listed as an endangered species. This falcon hunts while flying, frequently by rapidly diving.

This bird can dive for its prey while traveling at such incredibly high speeds. The Peregrine Falcon is comparable in size to the Prairie Falcon in terms of size.

Songbirds, ducks, and doves are among the small birds that the California falcon eats. They occasionally consume lizards and other small animals like mice.

They frequently use big holes along cliff walls to construct their nests. In addition, they will nest in high buildings, bridges, and other places with little human traffic. They are noted for hunting pigeons as a result.

Winter in California is frequently the greatest time to see these birds because they migrate from Canada during that season. The Prairie Falcon flies low when hunting. These falcons are active all year long and seldom migrate. Being a particularly territorial bird, the Prairie Falcon protects its territory from other predators, but notably from rival Prairie Falcons and other birds of the same species.

The prairie falcon consumes mice and other small animals. It will occasionally consume tiny birds and lizards. This falcon mostly soars into the air. These creatures are bigger than typical crows. Their tail is a light tint, and their breast is brown.

Above the eye, they have a noticeable stripe. The Prairie Falcon inhabits the deserts of the southeast and the central valley in the northwest.

Grasslands and open ranges are excellent observation areas for this falcon. For the Prairie Falcon, the vast spaces make ideal hunting and nesting sites. The higher elevations of the Sierra Nevada are not home to this bird.

This falcon is less widespread in California than some others, such as the American Kestrel, but if you seek it in the grasslands in the southeast or northwest, you’ll probably see it hunting or defending its territory. The Merlin may be found in meadows and along the seaside. Not frequently in or near deserts. Early morning or late afternoon are the ideal times of day to see this bird. This bird is a particularly proficient California Falcon hunter since it frequently hunts alongside another Merlin.

In the United States, the Merlin Falcon is fairly prevalent. It migrates, spending the summer in Canada and the winter in California. When compared to the Peregrine and Prairie Falcons, these falcons are smaller. They resemble a Robin in size.

The Merlin consumes insects in addition to small animals like mice and birds like other California falcons. More insects are consumed by young males as they improve their hunting abilities. These falcons are ferocious hunters and have fast wing movements.

These falcons are shaded in a dark hue. Because shorebirds like Caspian Terns and Black Turnstones are their preferred prey, they will build their nests close to the water. For safety, the Merlin prefers wooded regions close to water.

It is better to scan the highest tops of trees if you’re trying to find the Merlin. The Merlin searches for prey when it is not in flight.

Scientists have seen a decline in the number of Merlins. The lesser quantities of Merlin’s dietary sources are to blame for this. 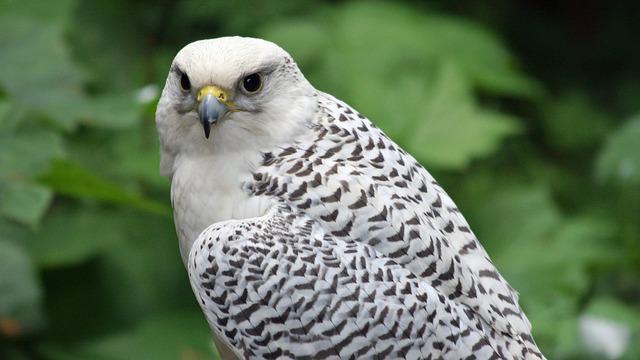 The California Gyrfalcon, another native falcon in California, is a seldom-seen winter visitor. It spends the winters in California from just south of Eureka down to southern Baja California, Mexico, where it breeds in the polar parts of North America.

Only Farallon Island and Ao Nuevo Island in California are used by this bird for breeding. The California Gyrfalcon feeds on small animals, ducks, and seabirds. 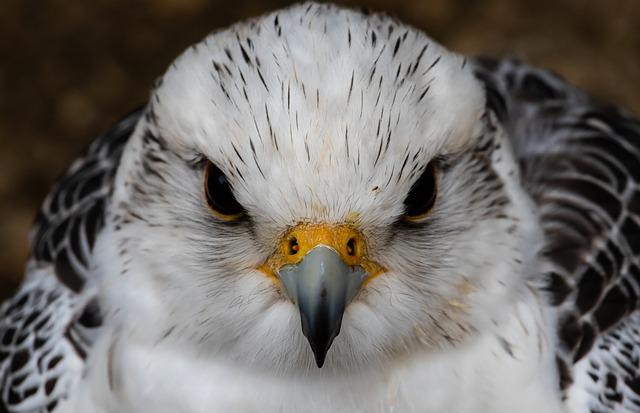 The California Kestrel and California Saker falcons are long-distance migrants that nest in the northern grasslands of Canada and Alaska.

They migrate south to spend the winter in the Central Valley and coastal habitat of California after spending the summer reproducing in the state’s high mountains.

This discussion explains the different species of falcons in California, and we have listed the main types of falcons here. Each falcon type is explained with details about its habitat and hunting skills.